Discover the fascinating history of the Health Care Supply Association all the way back from 1948 to the present day.

With the advent of the National Health Service in 1948 the new Hospital Management Committees were empowered to appoint Supplies Officers. 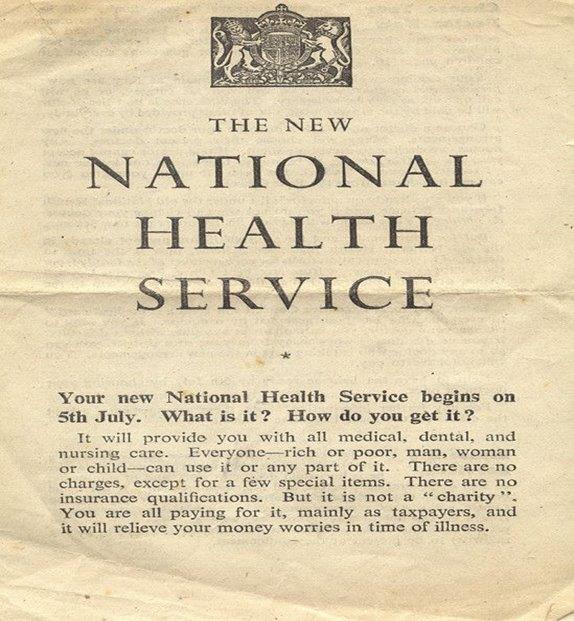 Fewer than half of the Hospital Management Committees had appointed Supplies Officers with Committees seeing it as low priority and relying on untrained clerical staff to undertake their buying and stores functions.

It was in this climate that a number of then high-profile Supplies Officers decided to join together to form an association dedicated to publicising the importance of purchasing and supply in health care and to encouraging a common structure and proper career path within the function. As a result, the National Association of Hospital Supplies Officers (NAHSO) was born in 1960.

The prime purpose of the founding members was to seek a greater recognition of the Supplies contribution and to help build a more efficient and cost-effective NHS purchasing and supply service for the future. They also drew up a Constitution covering the aims of the Association, including the key objectives of promoting professional standards and training and of establishing and maintaining links with statutory bodies and kindred professional organisations. These aims and objectives remain appropriate to the present day.

One of the most successful features of the Association has been its total commitment to education and training and to improving professional standards within the function. 1962 saw the first of the Association’s annual Summer Schools.

The membership and role of the Association has changed as NHS Procurement has developed and grown stronger over the years. The title became the Association of National Health Service Supplies Officers (ANHSSO).

Annual Conference moves to a commercial hotel venue for the first time from the University of Nottingham. Subsequent conferences are held in venues across the United Kingdom.

The title of the organisation changed to the National Association of Health Care Supplies Managers (NAHCSM).

Membership is opened to all grades of NHS procurement staff removing the previous grade based approach.

Title of the organisation is changed to the Health Care Supply Association.

In addition, and in recognition of the increasing professionalism of its membership, the Association affiliated with the Chartered Institute of Procurement and Supply in 1998.

HCSA President and Chairman Professor Duncan Eaton is part of the Cabinet Office Review of NHS Procurement leading to the publication of HSC 1999/143 and the creation of the NHS Purchasing and Supply Agency and the dissolution of the NHS Supplies Authority. Duncan becomes the first Chief Executive of the new Agency.

The HCSA celebrated its Golden Jubilee and former Chairman - Don Greenslade reflected on 50 years of the Association in this article.

Professor Duncan Eaton is the first recipient of the newly inaugurated President’s Award. 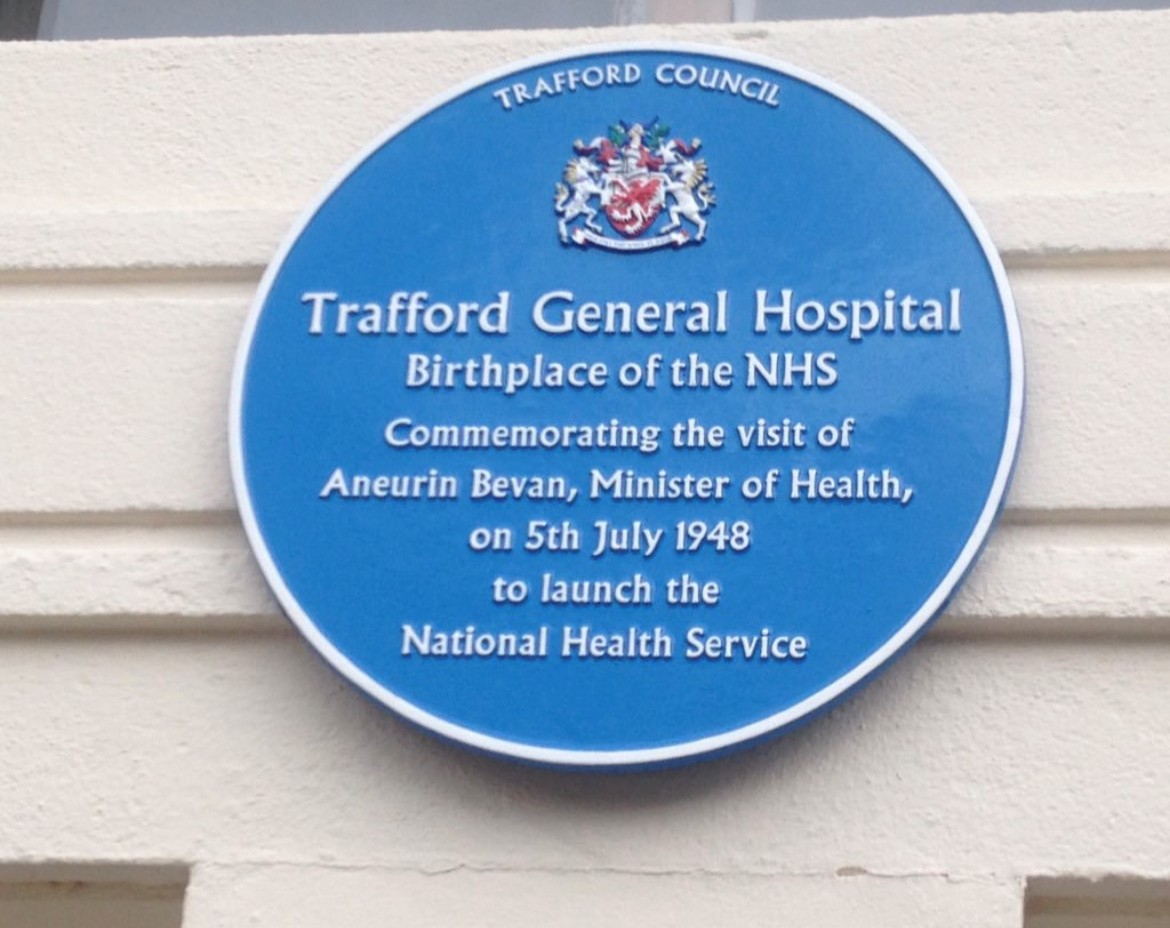 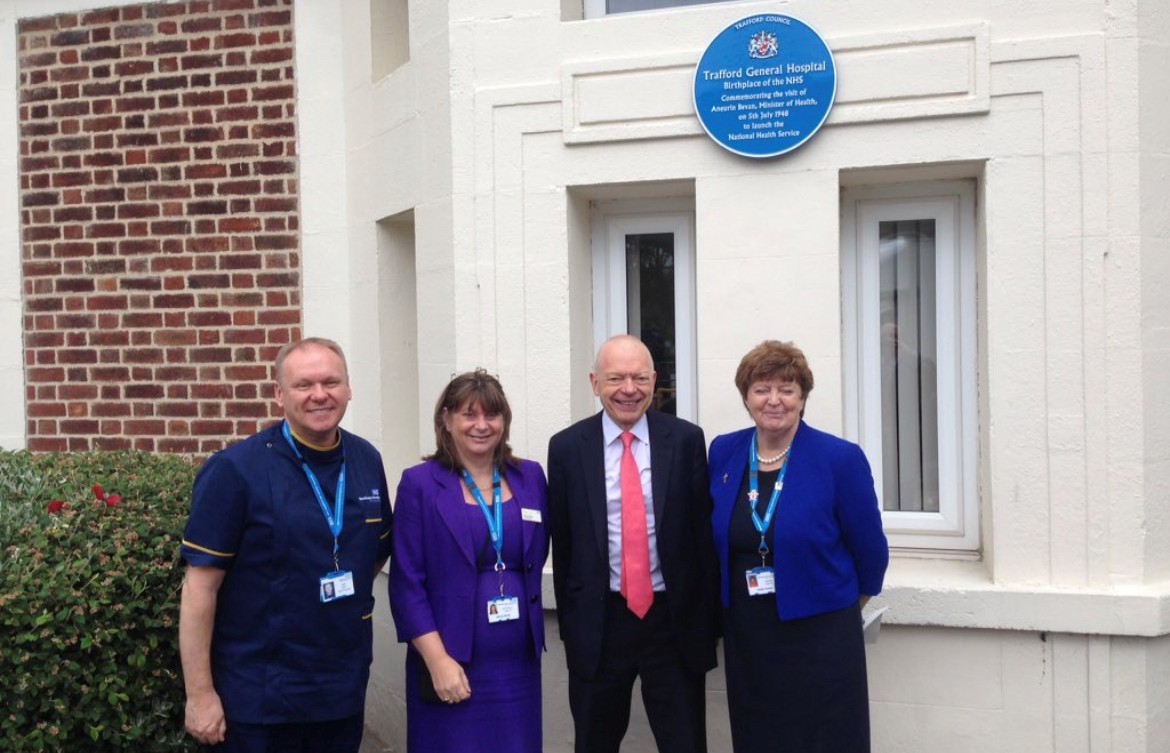 Her Majesty the Queen recognises in a letter the ‘vital work’ of HCSA Members as the President’s Award is given to the ‘whole NHS procurement and supplier community’ for supporting the national COVID response.

Trustees Chairman Mark Roscrow MBE becomes a regular contributor to national and international media with regard to PPE and supply issues – the first time that the HCSA has had a strong external media profile. 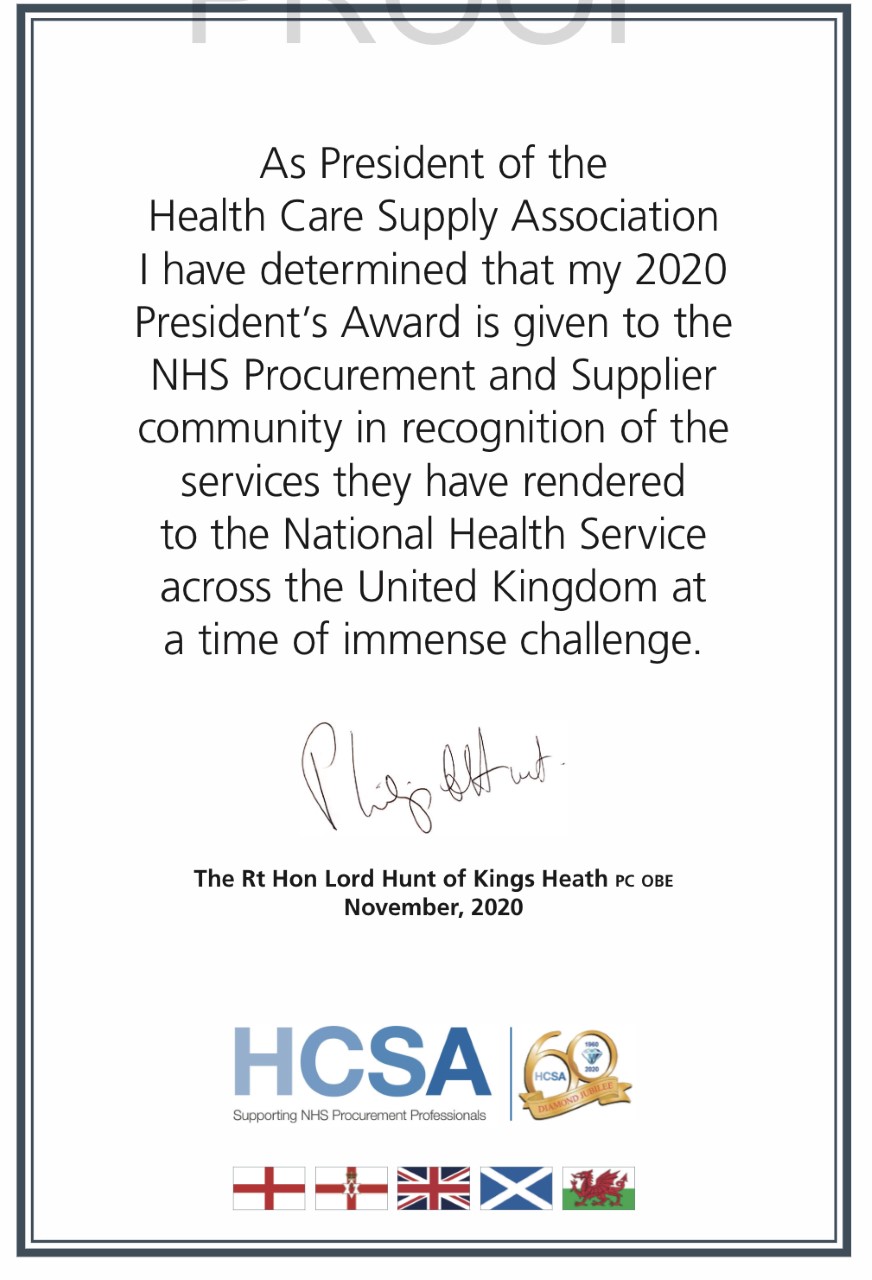 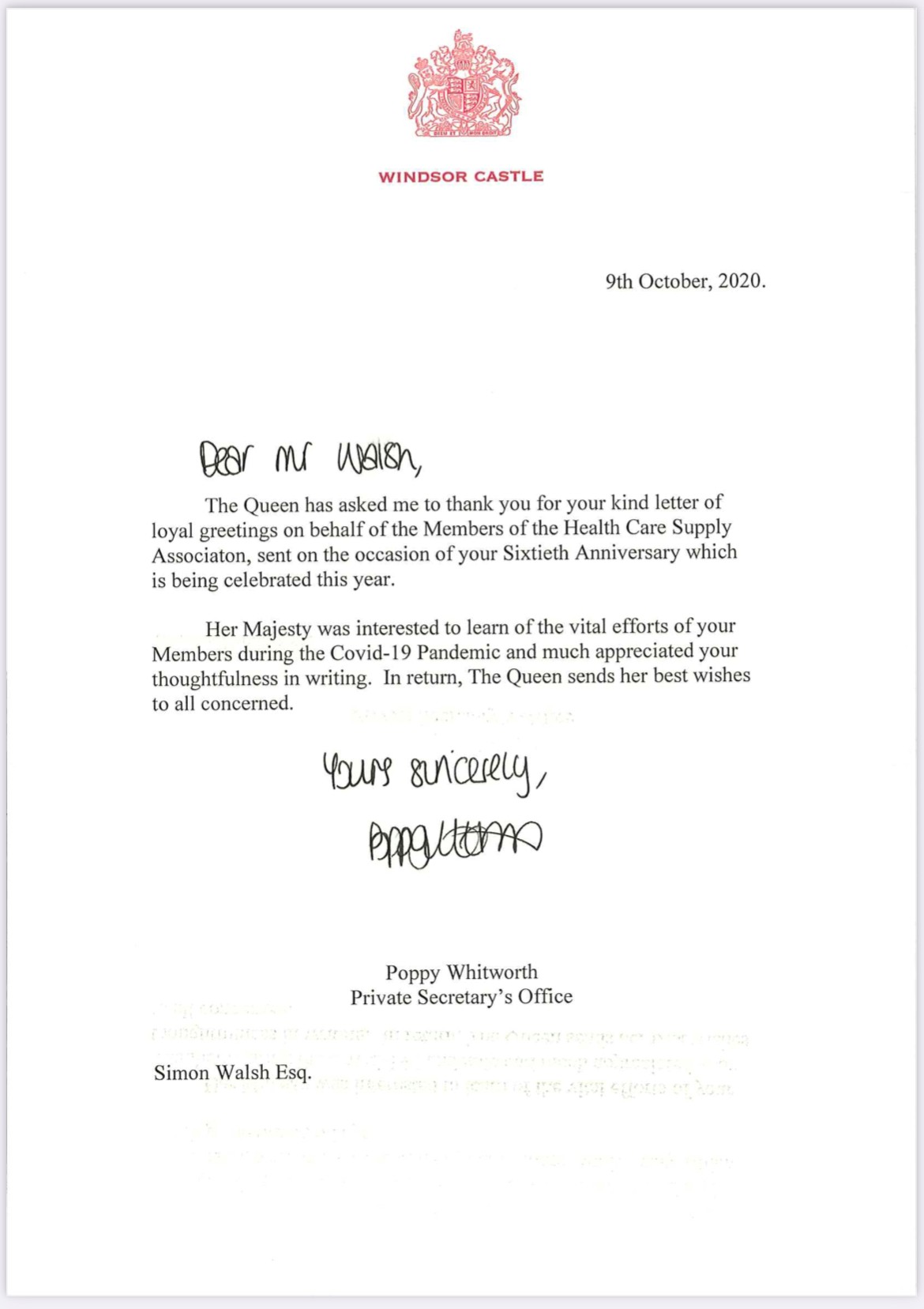 New Chief Officer Keith Rowley takes up role and appoints two Deputy Chief Officers and strengthens the Business Support Team – both changes supported by Trustees and reflect the growing influence of the Association.

The President’s Award is given to Tracey Stockwell Head of Procurement at Stockport NHS FT.

HCSA returns to a face to face Winter Conference after two years of virtual events. The Gala Dinner pays tribute to those colleagues who have passed away during the Covid period.

Honorary Membership is reinstituted and awarded to Karen Conway from GHX/AHRMM and Andy Coley who supported the Association’s development and corporate services.

HCSA makes a large investment in the National Procurement Graduate Scheme reducing the cost to individual employers and ensuring 31 graduates will join the profession in September 2022.

About Us Our Reports Meet The Team Our Partners Useful Links