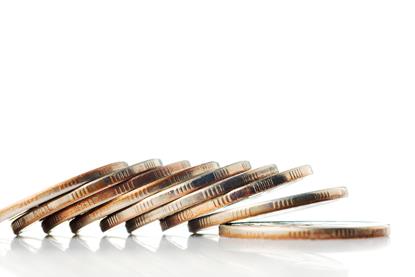 Inflation in the cost of food, estate management and medical supplies will add an estimated £280m to NHS expenditure in 2022-23, NHS England has said.

NHS England last month estimated inflation in all areas would cost the service a total £1.5bn more than had been budgeted for in 2022-23. This included £485m extra on energy costs and £350m more to purchase social care.

£280m of the £1.5bn was categorised only as “other”. NHSE has now disclosed to HSJ that this included food, estates management and medical supplies. It declined to break down its estimates further.

NHSE also last month announced £1.5bn additional funding for services in 2022-23, which it found elsewhere in its own budget, which it said was largely to cover inflation.

The service may also now face large extra cost pressures from pay rises, with the Treasury reportedly planning to refuse to fund any settlement the government accepts in the face of very high inflation.

The head of the Association of British Healthcare Industries — which represents suppliers to the NHS, particularly technology and devices — said international events were pushing up prices to the NHS, after suppliers had largely consumed inflation pressures themselves in recent years.

ABHI chief executive Peter Ellingworth said: “Recent shocks to global chains are such that manufacturers are facing unprecedented increases in the cost of doing business, and this will need to be addressed if they are to maintain their current levels of choice and quality in the supply of goods and services to the NHS…

“The process of competitive tendering has always ensured that the NHS receives good value from its suppliers of HealthTech. The NHS has been broadly resistant to accepting inflationary cost from suppliers for close to a decade, and the price of technologies tends to fall over time. Companies and the NHS have worked hard together for many years to deliver supply chain efficiencies.”

The Health Care Supply Association, which represents NHS procurement staff, said its members were considering measures to combat inflation including bulk purchasing, but had to take account of pushing up storage costs..

The HCSA said while continuity of supply was “key” it was “critical” NHS providers shared information on suppliers’ price increase proposals, to avoid some paying much more than others.

Office for National Statistics data released this morning showed increased food costs were the biggest contributor to inflation overall. The most recent NHS data puts the cost of providing food to inpatients at £600m a year.

Systems were given to the middle of June to submit new financial plans saying how they will use their share of the additional £1.5bn, and how they will make savings to close remaining gaps.