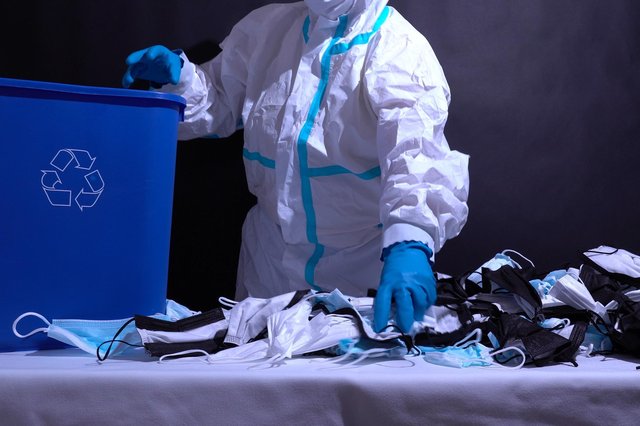 Face masks produced in Scotland will be among millions of items of discarded PPE recycled into new products for the NHS thanks to an exclusive partnership. The move is thanks to a pioneering tie-up between Imperial College Healthcare NHS Trust, Imperial Health Charity and PPE manufacturer Globus Group, which owns Annan-based Alpha Solway.

The items of PPE discarded in hospitals could be recycled into new products for the NHS such as operating theatre clogs, plastic bed pans, medical scrubs and even prosthetic finger joints.

Every year six billion items of PPE (equivalent to 28,000 tonnes), including around one billion masks, are distributed in the NHS for use by hospital staff in the UK, the majority of which is not recycled.

Bob Klaber of Imperial College Healthcare NHS Trust said: “With increased PPE usage becoming the new normal in hospital settings, managing waste is a problem that isn’t going away. The project will explore the feasibility of efficiently collecting and recycling masks used in our hospitals.”