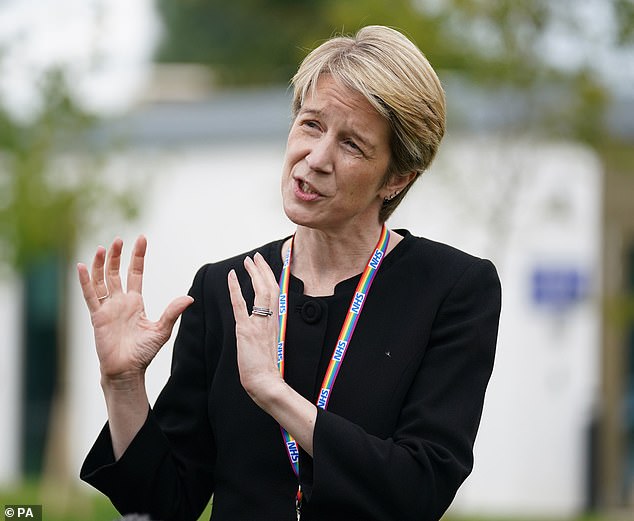 NHS England chief executive Amanda Pritchard has been praised for transforming the organisation’s relationship with local leaders by the NHS’s most highly regarded chief executives.

At a roundtable to mark the publication of HSJ’s annual ranking of the “Top 50 NHS trust chief executives”, the invited CEOs all voiced strong support for the collegiate approach being taken by Ms Pritchard.

Caroline Clarke, the chief executive of north London’s Royal Free group of trusts, said it was “great” Ms Pritchard and her team were “amplifying” the importance of good relationships between national and local leaders.

Despite saying Ms Pritchard did not have much time to clarify the service’s operating model, Gloucestershire Health and Care FT chief executive Paul Roberts said he favoured giving “her some space personally” because of the complexity of the challenge.

He added he was “glad she’s involving people with experience of our sort of roles in that process because I trust those people to speak some sense”.

He said Ms Pritchard “gets” what trust chief executives are responsible for, adding she both “respects” and “seeks to use” provider chiefs’ expertise.

University Hospitals Bristol and Weston FT chief executive Eugine Yafele said: “What gives me some confidence is we now have people in the NHSE leadership who’ve been there and have done that [run NHS providers].”

Barking, Havering and Redbridge University Hospitals Trust chief executive Matthew Trainer claimed his organisation’s relationship with NHSE was more constructive than in the past, despite the many challenges in its performance.

“We are in the recovery support programme and it does feel different from previous regulatory regimes,” he said, adding NHSE’s efforts to support the trust’s struggling accident and emergency departments were “actually about safety [and] not about performance”.

The roundtable took place before the most recent NHSE board meeting, in which Ms Pritchard announced she was planning to reduce the organisation’s headcount by 30 to 40 per cent.

All the chief executives at the roundtable wanted NHSE to be much smaller, with Ms Clarke calling on the NHSE CEO to do a “big, brave thing” in relation to what her organisation should be responsible for, and therefore, how many staff it should have.