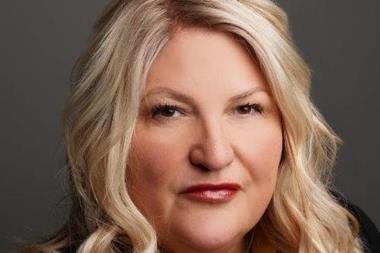 The ”central commercial function” is currently being developed by NHS England. It has multiple aims, including setting a national NHS commercial strategy, simplifying the multiple routes through which trusts and integrated care systems buy goods and services, improving the quality of procurement data flowing to the centre, and professionalising the procurement and commercial workforce.

Ms Rock told HSJ she envisaged: “One central commercial function that has a service offering, that is branded, that is easy to access, that people know is there, that offers all of these different types of services.”

She added that what makes the initiative “different” from previous attempts to transform NHS procurement was that, “we’re putting them all together in one place – that’s really important.”

Some leading figures in the sector had voiced concerns to HSJ that the CCF is a means to begin incorporating NHS procurement into the Government Commercial Function. This is a Cabinet Office agency that either buys on behalf of departments or provides intensive support to department procurement efforts.

“We’re certainly not planning on being part of that,” Ms Rock told HSJ. “This is being built by the NHS for the NHS.” She said some elements of the GCF may be “leveraged” to the benefit of the NHS’s CCF, such as adapting their procurement playbooks (compendiums of best practice).

Ms Rock also emphasised that CCF’s “service offering” will not make it mandatory for local procurement and commercial teams to buy through specified routes, such as NHS Supply Chain or the Crown Commercial Service.

“It’s much more about guiding the procurement pathways than it is mandating them,” she said. “If you start trying to mandate, it will actually have a negative effect…This is about helping and facilitating and making sure that we give them the pathway and the route to what the best options are.”

An important role of the CCF will include reviewing spending in different categories. The initiative began under NHSE’s procurement transformation programme, also know as the procurement target operating model. Ms Rock told HSJ the CCF was “an evolution of PTOM”.

“I think PTOM was very good…but it’s time to move it on now,” she added.

In April NHSE produced guidance from the PTOM digital category council that endorsed a list of 36 frameworks through which trusts and ICSs should buy digital and IT equipment and software.