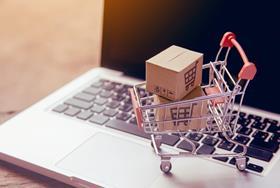 Most integrated care systems have not appointed a procurement lead despite NHS England directing the new local bodies to have a dedicated director in place by April, an HSJ analysis suggests.

NHS England tasked systems with aggregating their buying operations by April back in January 2021. But only 12 of the 34 ICS’s which responded to HSJ’s survey said they had appointed a dedicated procurement lead.

Five more systems have however appointed posts responsible for, or involved in, procurement, but are not dedicated heads of procurement. Eight ICS’s failed to respond.

The news follows the Health and Care Bill being granted last week, meaning ICS’s will be on a statutory footing from July.

Appointing a procurement lead was among the first tasks from a 34-step guide produced by NHSE last January setting out how to get to ICS-based procurement. However, NHSE indicated as early as last summer that trusts were struggling to progress towards forming ICS-based procurement systems, when it published details of support measures to help systems advance their plans. It said then that only four ICS’s had nominated a procurement lead, one of a handful of “critical activities” that providers “should undertake as a minimum” by the end of 2021.

Systems have faced repeated waves of covid and unprecedented pressures, restricting the bandwidth systems have had to build their new buying operations. Procurement teams have meanwhile been grappling with dramatic upheaval and disruption in global supply chains causing delays to deliveries and shortages of key products.

NHSE’s 34-step plan culminates with the formation of a cohesive structure to govern procurement across each ICS, and eventually across multiple ICSs. HSJ asked the emerging health systems what structure they have or expect to adopt. Twenty-eight of the 34 systems which responded said their expected structure is a work in progress.

Several said they could not say who its procurement director was or what structure it would adopt as their governance structures and executive portfolios were yet to be finalised. Some said the final structure would depend on the final shape of the Bill, and so remained in development, with the bill only having been granted royal assent last week.

Range of procurement team models being adopted by different ICS’s Of the six ICS’s that did provide details of the structure they are using, two – Birmingham and Solihull, and Somerset – said they were using a hub-and-spoke model arrayed around acute providers. A third, Greater Manchester, has been running a combined procurement operation for several years and told HSJ it will continue its “provider federation procurement model,” wherein constituent trust procurement teams “work closely together supported by a small central team”.

The fourth, Lancashire and South Cumbria, has made good progress in developing its five trusts into a cohesive provider collaborative that will see back-office corporate functions combine in the next year or two. The ICS said it is developing a “structural integration model” for procurement, which means disparate trust-based operations will be merged into a single team. The fifth, North Central London, said it has “a collaborative system approach to procurement, with a programme board and organisational representatives rather than a single ICB employed lead”.

NCL’s neighbour, North West London, was the sixth to explain what structure it will use. It said its trusts were on the cusp of approving a business case for “a fully shared procurement service” called “NWL Procurement Services” that will be hosted by Central London Community Healthcare Trust.

NWL said “significant progress has been made in regard to the national [procurement target operating model] model” and it expected its new shared procurement service to be live in the summer.