China’s presence in NHS supply chains: Why we need to protect our health service from future threat

Home > News > China’s presence in NHS supply chains: Why we need to protect our health service from future threat 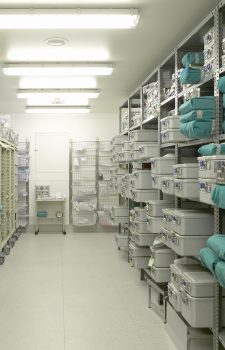 This new Civitas report takes a closer look at Chinese-manufactured goods in NHS supply chains and discovers the NHS is “dangerously reliant” on China for medical supplies.

This analysis by Robert Clark and Dr Richard Norrie finds 1 in 6 (17 per cent) products contained on the Government’s “Disaster Relief List” are sourced from China. In the last year the UK government has spent over £6.2 billion to keep the NHS going with Chinese manufactured medical supplies – a figure that has trebled in less than a year.

The report calls for an emergency ‘NHS Security Act’ warning that “China could switch off medical supplies” in future foreign policy spats.

37 per cent of testing and diagnostic items used to detect dangerous viruses. A quarter (24 per cent) of all medical consumables such as oxygen, needles and syringes. A third (30 per cent) of PPE and protective items to keep our NHS workers safe Almost all paper masks used by medics in hospitals come from China (90 per cent), more than half of all gloves (54 per cent) and almost 80 per cent of bandages. Bizarrely almost half (45 per cent) of bedside monitors now come from China, up from 0 in 2015 and 42 per cent of emergency trolleys and wheelchairs.

Before the pandemic the UK government sourced 6 per cent of vital medical supplies on the Disaster Relief List from China. By 2020 this figure had hit 17 per cent – almost treble the previous amount.

The latest figures (up to 2021) show we are still sending around £600 million a month to China for critical supplies to keep the NHS going.

These new figures undermine the Prime Minister’s promise to “end reliance on Chinese imports” for vital medical supplies when launching plans to ensure that the UK is never again required to go ‘cap in hand’ to China. Civitas has raised alarm bells about so called “chokehold risks” which allow the Chinese government to “switch off our medicines” as it “weaponises” medical products.

The author of this new study, Robert Clark, head of defence and security at Civitas, says:

“Before the pandemic hit only 6 per cent of vital medical supplies were shipped in from China a figure that has now shot up to almost a sixth. Things like gloves, monitors, wheelchairs and bandages all largely come from China rather than the UK. We are dangerously over reliant on China.

When the pandemic hit we were caught napping and had to go ‘cap in hand’ to China to keep the NHS afloat – the health equivalent of going to the IMF for a loan in the 1970s. Because of this we are now sending the Chinese government over £6 billion a year in UK taxpayers cash to import basic medical supplies.

Let’s not be naïve about China. This is an urgent issue for health bosses with the risk that future geo-political spats could lead to the Chinese switching off critical medical supplies destined for the NHS”