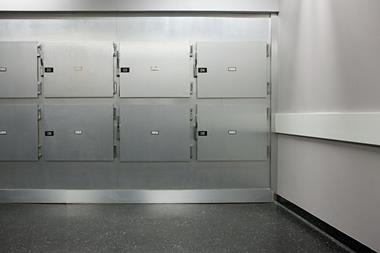 Contractors could be required to provide trusts with the findings of criminal records checks on their employees, an update from Michael inquiry into mortuary security has suggested.

The independent inquiry, chaired by Sir Jonathan Michael, was set up to examine the implications of the sexual assaults on the bodies of women and children in hospital mortuaries by maintenance supervisor and convicted murderer David Fuller.

A progress report published this month by the inquiry highlighted “responsibilities between trusts and contractors” as an area of concern. The report said expectations around information sharing should be made clear in policy and, if sharing is deemed necessary, consideration should be given to what checks and evidence is needed to show this is taking place. HSJ understands that Mr Fuller did not declare previous convictions for burglary when he was first employed at the Kent and Sussex Hospital in Tunbridge Wells in 1989.

His job was then outsourced to Interserve, which provided facilities management at the new Tunbridge Wells Hospital. Mitie took on this contract in 2020, shortly before Mr Fuller was arrested and a DBS check revealed these convictions, but the trust was unaware of this, HSJ has been told.

Other issues flagged to NHS England by the inquiry included how access to “high-risk areas” is monitored and who requires access to these areas. It added that consideration should be given to monitoring access, involving a review of CCTV and swipe card use.

The investigation also recommends that all NHS providers are clear about “what specific statutory and regulated activities and responsibilities they have as organisations” and suggested a nominated individual should have oversight of these in order to provide board assurance they are being met.