The world created about 8 million tons of pandemic plastic waste, and much of it is now in the ocean

Home > News > The world created about 8 million tons of pandemic plastic waste, and much of it is now in the ocean 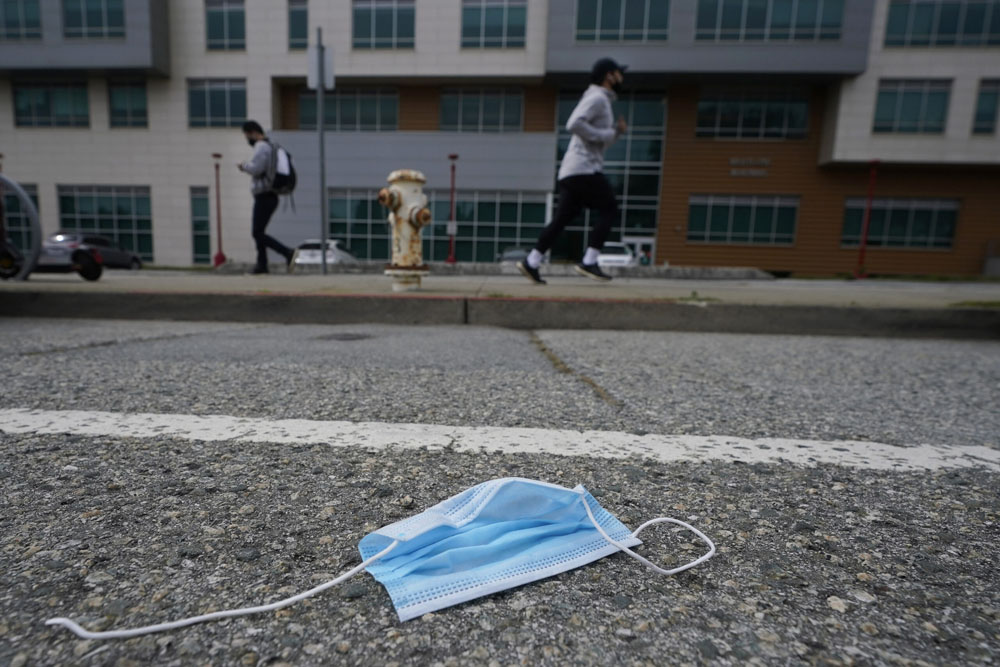 The findings, by a group of researchers based in China and the United States, were published this month in the Proceedings of the National Academy of Sciences journal. Concerns had been raised since the start of the coronavirus pandemic that there would be a boom in plastic pollution amid heightened use of personal protective equipment and rapid growth in online commerce. The study is among the first to quantify the scale of plastic waste linked to the health crisis.

The impact of the increase in plastic waste has been keenly felt by wildlife. As of July, there were 61 recorded instances of animals being killed or disrupted by pandemic-linked plastic waste, according to a Dutch scientist-founded tracking project. Among the widely publicized examples are an American robin found wrapped in a face mask in Canada and the body of a perch wrapped in the thumb of a disposable medical glove, which was found by Dutch volunteers. National Geographic called the latter the first documented instance of a fish being killed by a disposable glove.

Although only about 30 percent of all coronavirus cases were detected in Asia as of late August, the region was responsible for 72 percent of global plastic discharge, the study found. The researchers said this was due to higher use of disposable protective equipment, as well as lower levels of waste treatment in countries such as China and India. By contrast, developed economies in North America and Europe that were badly hit by the coronavirus produced relatively little pandemic plastic waste.

“Better management of medical waste in epicenters, especially in developing countries, is necessary,” the researchers wrote, while also calling for the development of more environmentally friendly materials.

“Governments should also mount public information campaigns not only regarding the proper collection and management of pandemic-related plastic waste, but also their judicial use,” said Von Hernandez, global coordinator of Break Free From Plastic, an advocacy group. “This includes advocating the use of reusable masks and PPEs for the general public … especially if one is not working in the front lines.”

Much plastic waste enters the world’s oceans via major rivers, according to the researchers, who found that the three waterways most polluted by pandemic-associated plastic were all in Asia: The Shatt al-Arab River feeds into the Persian Gulf; the Indus River empties into the Arabian Sea; and the Yangtze River flows to the East China Sea.