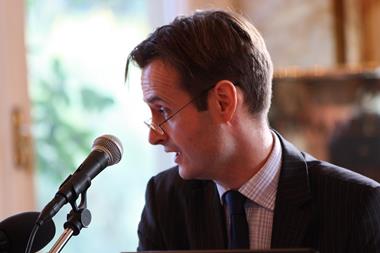 The government has asked NHS England to reduce core NHS funding by hundreds of millions of pounds in 2022-23, NHSE revealed today. NHSE chief financial officer Julian Kelly told a meeting of NHS England’s board: “We have been asked to see if we can cut core NHS funding – at the moment that is probably to the tune of £500m.”

Mr Kelly said achieving this would likely involve “slowing down” some transformation programmes and ambitions from the NHS long-term plan, including “how fast we go on the change in technology, on some of the innovation stuff we have spoken about… and the prevention programme”.

The request from the Department of Health and Social Care was “as a consequence of needing to find funding to deal with the government’s Living with Covid plans and the cost of the public health policy around Test and Trace”, Mr Kelly said. He added that rising inflation could add an extra £1bn in financial pressure, telling the board “we’re going to have to look at what that means for our ability to deliver NHS goals in the round.”

It was reported in February that health and social care secretary Sajid Javid and chancellor Rishi Sunak were at loggerheads over whether the DHSC should receive additional funding for covid testing on top of the health service’s spending envelope. It is thought the dispute ultimately ended with the DHSC receiving more than £1bn less budget than it believed it required in 2022-23 to pay for ongoing covid costs such as testing and vaccines.

Some of this is now being passed on to NHSE, though it is unclear if that is specifically related to paying for testing of NHS staff, or wider covid testing. There remains uncertainty over how lateral flow tests for NHS staff will be paid for from 1 April, with the government having refused to say it will pay for them.