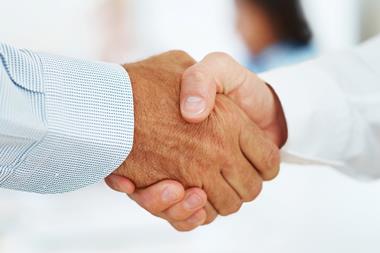 Projects in Dorset and Devon are set to be the first within the government’s New Hospital Programme to agree construction contracts.

The NHP is tasked with delivering the government’s “40 new hospitals” pledge. It has published a timeline for the first batch of projects which sets out when it expects the hospital trusts to complete the procurements of construction firms. Three projects commissioned by University Hospitals Dorset Foundation Trust and one scheme at University Hospitals Plymouth Trust are the first projects set to get the go-ahead by the NHP.

Construction work is already ongoing at several other hospitals within the programme, but these schemes were added to the NHP retrospectively and were conceived many years before its birth. The timeline also includes details of NHP’s intention to procure professional services firms to help deliver the 40 “new hospitals” by 2030, with contracts for suppliers set to total more than £550m. Meanwhile, the decision over which schemes will be chosen to make up the last eight projects in the NHP looks likely to be delayed.

As HSJ has previously reported, 10 schemes were placed in a category named “agile”. They were prioritised for delivery between 2024-26 despite initially being scheduled for 2025-2030. This category has now been renamed “early”. Three of the 10 schemes will take place at UHD and involve estates improvements and new wards and theatres across the Royal Bournemouth, Poole and Christchurch hospitals.

Building contracts for these three schemes are expected to be signed by June, according to the NHP document (see below). The schemes have a price tag of £150m-£200m. A spokesman for UHD said “early enabling works have commenced, with the expectation that construction on our NHP schemes will commence in 2023”. UHP’s scheme (a new emergency department with imaging, surgery theatres and interventional radiology facilities costing £100m-£150m) is expected to complete its procurement by September at the latest.

Another project in the cohort – a new ED and critical care unit at Dorset County Hospital FT (£50m-£100m) – is scheduled to get under way in 2024. However, all the timelines are estimations and “may be subject to revision”, according to the document.